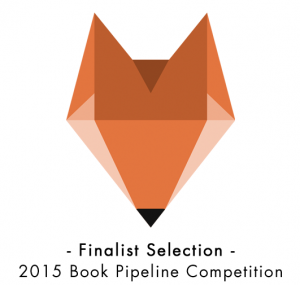 Here’s what Matt Misetich – Director of Development at Book/Script Pipeline, had to say:

Regarding ‘Stranded’: “A claustrophobic read, in a sense. And in the best of ways. Stranded has the cinematic potential to achieve what many of its predecessors have laid the groundwork for: a futuristic, sci-fi thriller driven, not solely by plot and mystery, but by a very grounded, human element that speaks to our own future of filmmaking—one that eschews superficial devices and takes a deeper look into purpose and meaning under the guise of a thriller. It’s where the film and TV industry is inevitably headed, as we can only sustain so many massively-budgeted projects per year. In the vein of Gravity or Ex Machina, at least in terms of its methodic approach at storytelling, Stranded hits an ideal zone between high-stakes action and a study in humanity, compelling us to ask questions bigger than the narrative itself presents. And shouldn’t that be the goal of any story? Definitely a book ripe for adaptation.”

And here’s what Matt had to say about ‘CarnEvil’:

“Like a lost incarnation of an early Stephen King novel, CarnEvil gives us a “classic” horror story devoid of a supernatural cop-out. The ridiculously macabre backdrop of a forgotten carnival sets up a disturbing journey into a sort of diorama of death. A dream (or perhaps lovely nightmare) story for a horror film director to adapt.”