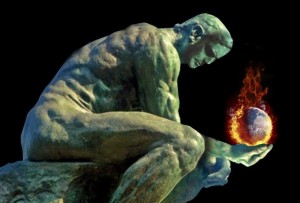 Would you kill a loved one to save humankind?

In STRANDED, six astronauts, transporting a database of strands, or digitized humans, escape a doomed Earth, hoping to populate another planet. But someone, believing humans have no right to ruin another planet, begins deleting strands…and will soon target fellow crewmbers.

If you were one of those brave astronauts, and did not know the identity of the perpetrator, would you be
willing to arbitrarily kill your friends, even your lover, hoping to stop the one responsible?

‘The Trolley Problem’, the famous thought experiment in ethics, introduced in 1967 by Philippa Foot, ponders
something similar. It goes something like this:

A runaway trolley is barrelling down the tracks, heading straight for ten people that cannot move out of the way. It will definitely kill them. You, however, can switch the trolley to another track, killing only one person.