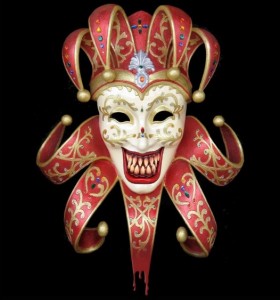 In STRANDED, humans have depleted our resources and caused the extinction of numerous plants and animals. This is one of the reasons why the survivors of a war-ravaged Earth must find another planet to populate. But a group of people believe that humans ruined one planet, so have not right to populate and ruin another; and thus we have the suspenseful conflict in the STRANDED screenplay and novel.

Scientists now have the knowledge to make a ‘sci-fi’ movie concept come true. They can, or are on the very cusp of, reviving extinct species. See the fascinating article here:
http://www.cnn.com/2014/05/02/opinion/sutter-jurassic-park-endangered/index.html?hpt=hp_bn1

But in life, just because you can do something, should you do it? If we bring extinct species back to life, are we ‘fixing’ the damage we’ve done? Or is the loss of a species, even though caused by our thoughtless hunting or the decimation of a species habitat, part of evolution?

Humans have, in the past, made a concerted effort to save species on the brink of elimination. In the case of the heath hen, the last survivors were placed in a protected state preserve in Martha’s Vineyard, yet the last one vanished in 1932 (a 1918 film of the bird may be the only extant video footage of a game bird that was once so abundant, that servants would ask to have written in their contracts a limitation on the number of times per week it could be served. – read Carolyn Y. Johnson’s fine article here: http://tinyurl.com/kref583

So is there a compelling reason to bring a species back to life, besides pure curiosity? Even if dinosaurs were brought to life and had a real-world Jurassic Park built for them, most people would come, stare at them with mouths agape, take a picture or two, buy a souvenir trinket, then go home and tweet about how ‘they saw a dino’. The majority wouldn’t lobby for protective measures or worry about the impact of such beasts among us or be concerned with the implications of the process; they’d just go on with their lives like humans do after witnessing events.